Ever since I first heard of a bachelor’s thesis, I actually dreaded going to University. It seemed like an endless and tedious struggle to me, to be writing on the same text for months on end. What could I possibly fill all those pages with, and how would I be able to receive all the information I needed? 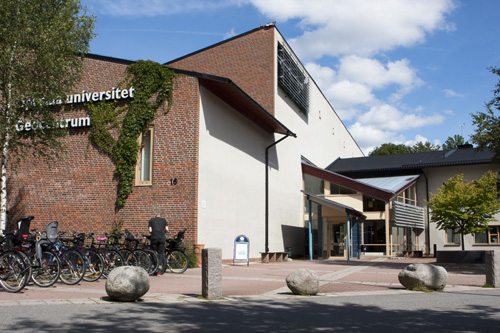 What could I possibly fill all those pages with, and how would I be able to receive all the information I needed?

Looking back now I’m finished, I can affirm that it was a struggle, but it was much more interesting than I thought, and it did end… eventually. What’s more, it makes me extremely proud to look at my finished thesis. All that hard work I put down actually led to a published article I can leave behind.

Not knowing where to start

My work was based on a literature study, and the first thing I noticed when I sat down to write the thesis was that I had no idea how to start. I had a rough plan, and I knew approximately what would need to go into the different parts of the text, but where to begin?

… but at least it got me started

I ended up starting with the introduction which a lot of people say is one of the things you should do last, but it worked out nicely for me. By writing it, I felt a lot more disciplined and the purpose of my project felt much clearer. In the end, the introduction looked a lot different than it did in the beginning, but at least it got me started.

Breaking down the barriers

At times, the project felt way too big to me, and during bad days I would be quite overwhelmed by a feeling that I never got anywhere with the thesis. Because of all the articles I had to read and all the references I had to look up, I worried that I was working too slowly. I also had so many unfinished thoughts and ideas I wanted to look into and include in my work that it caused me to jump between the different parts in the text in a way that lacked a lot of discipline. It stressed me out.

I was never satisfied, and I had a really hard time deciding what to include and what wasn’t relevant enough

Many passages I wrote in the beginning ended up being cut in the end, and I moved some parts of the text around so much I lost count. I was never satisfied, and I had a really hard time deciding what to include and what wasn’t relevant enough. I would like to say that I would have had a lot more discipline if I was to start anew, but I’m not so sure I would. I think that, despite the amount of preplanning you do, you will come to a point where it all feels out of control, simply because the project is so big. And it’s ok.

The importance of writing something

If you feel lost and can’t decide which part to write next, just make sure to write something

Planning and structure is of course vital for a study like this, but I think the important thing to remember is that if you feel lost and can’t decide which part to write next, just make sure to write something. Even if you end up removing part of what you wrote or even all of it before the final cut, at least it gets you working with the text. It will make it easier writing the next part, or see what parts are missing. It will also make you feel like you’ve done at least something that day, and that there is less left. If you have a bad day, write a passage that isn’t as demanding as another.

It’s all worth it in the end, I grant you

If you are suddenly struck with inspiration on another part, write about that instead. To keep track of all your thoughts, write notes and come back to them later. Keep in mind that however slow your progress feels, every word gets you closer to a finished thesis. It’s all worth it in the end, I grant you. Not only will you have expert knowledge in that subject, but you will also have published an actual article. You’ve left something behind in the world of academics: an amazing feeling.

My name is Ingela Leffler, and I am about to start the Master’s Program in Meteorology (Physics) here at Uppsala University. Last semester I wrote my Bachelor’s thesis about meteorological aviation hazards for 15 hp. I am 22 years old, and originally from Stockholm, Sweden.